We’re here to help you make life sound better. That’s exactly what Texas Professional Hearing Center has been able to accomplish in Baytown, TX and nearby communities for more than 20 years.

Our family-owned and operated audiology center is staffed with fully licensed and insured professionals to help ensure that you or your loved one receives the best personalized care by experts who are able to meet your unique hearing needs with comprehensive hearing assessments and hearing aid evaluations.

In addition to advanced hearing diagnostics and modern, digital hearing aid technology, we provide ongoing support and personalized hearing care through services like earwax removal, hearing aid repair and maintenance, and tinnitus management. Our pediatric audiological care also ranks among the best in the region, providing parents with greater peace of mind and children with a headstart on better hearing and normal development.

Regardless of your type or severity of hearing loss, your budget, or your lifestyle, we are eager to meet your needs with a personalized hearing care plan that meets your hearing care needs and suits your lifestyle. Schedule an appointment with one of our licensed professionals today!

How We Can Help

Accurate And Comprehensive Hearing Assessments For Baytown And Beyond

You can get a hearing test just about anywhere in today’s world, including online and at the nearest big box store, but are you really getting the best possible results and most accurate evaluation of your hearing?

You wouldn’t dream of allowing a retail employee or the internet to diagnose a serious medical condition, but many people place the future of their hearing at risk by relying on inaccurate and nominal testing with no professional to interpret the cause or to help guide treatment.

Our advanced testing process doesn’t just tell you if you are experiencing hearing challenges, but it also explores the causes behind them so your audiologist can explore a broader range of personalized treatment options. 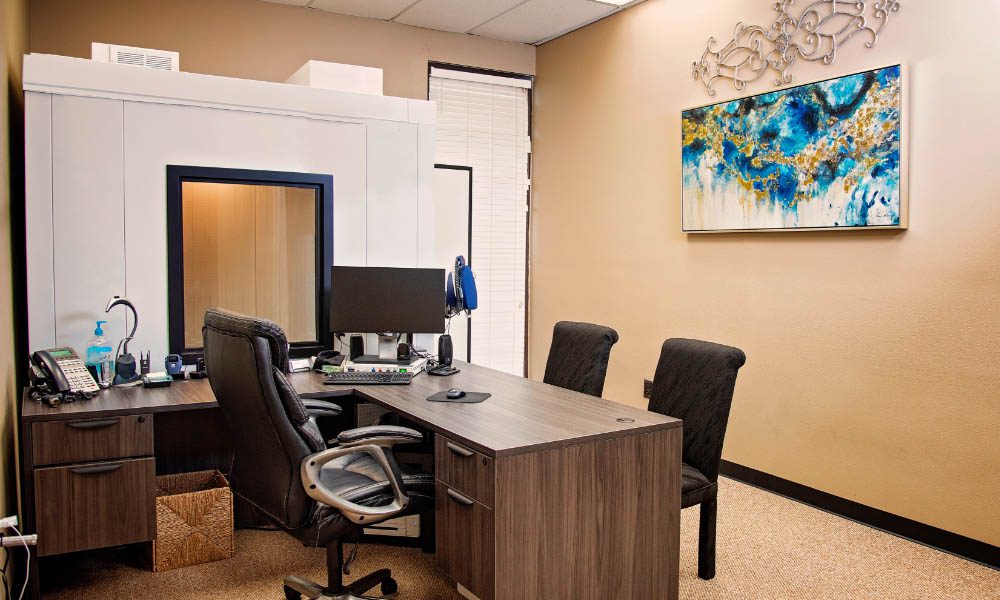 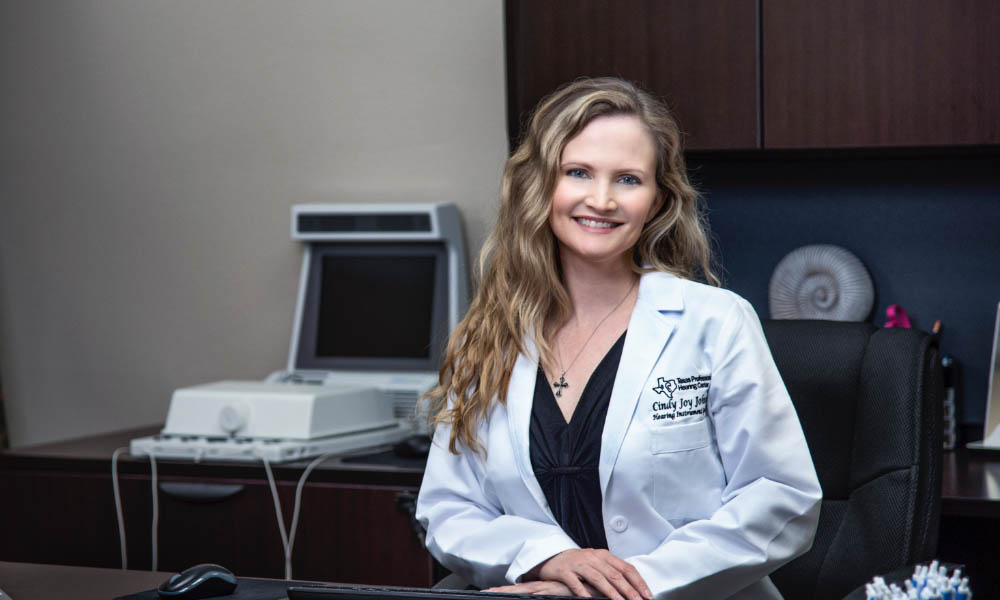 Hearing aid technology is only one piece in the larger puzzle of better hearing, but making the wrong decision or purchasing the wrong device will produce less than desirable results and could do more harm than good.

With the abundance of online and OTC hearing aid sales and online hearing tests, hearing aids have become big business, taking advantage of your desire to hear better and improve communication with your family, friends, and neighbors. However, without the professional guidance of a doctor of audiology, you risk ongoing damage or increasing the damage to your hearing.

Our audiologists combine advanced hearing aid technology with accurate and comprehensive hearing assessments, professional expertise, and experience to provide you with better hearing solutions without the risk of ongoing damage to your hearing.

We work with you to identify your precise needs and match you with the right treatment options and correct hearing technology that ensures better hearing and helps you continue to enjoy your active and independent lifestyle.

Earaches, muted sound, fullness or stuffiness, dizziness, and ringing in the ears are all common symptoms of impacted earwax.

Earwax, or cerumen, is naturally produced by the glands in the ear canal for lubrication and to attract debris, fungus, and bacteria in order to remove it. That said, impacted earwax is something that needs to be handled by a hearing care professional.

Earwax typically clears itself from the ears as you talk and chew, but in some instances, it can accumulate and cause a blockage, especially if you wear earplugs or hearing aids. Unfortunately, the most common cause of impacted earwax is related to trying to remove it with a cotton swab, packing it tighter, and pushing it against the eardrum, risking infection or permanent damage.

The safest and most effective way to deal with earwax buildup or impacted earwax is to consult an earwax removal expert at our Baytown audiology clinic. 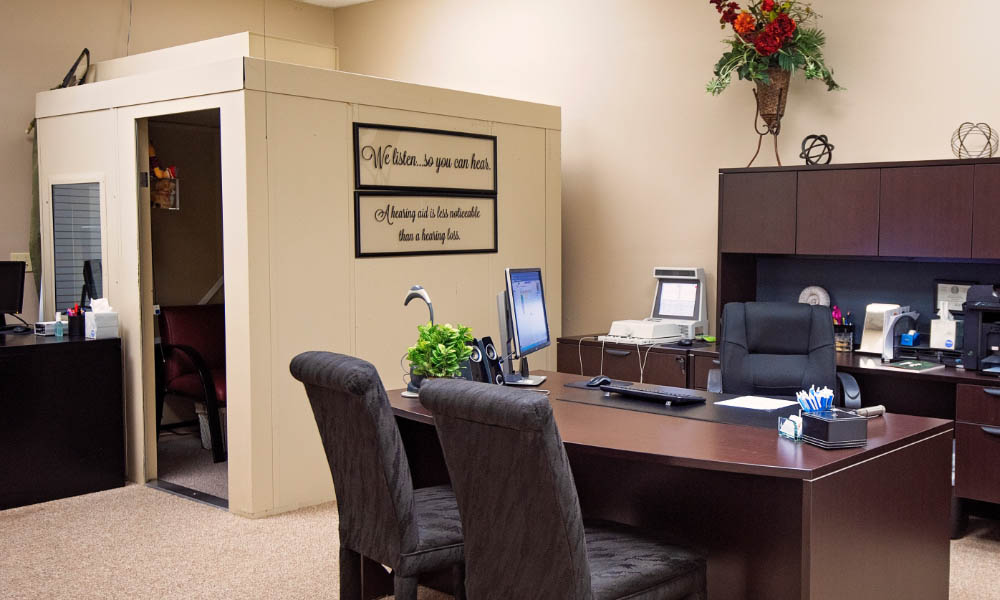 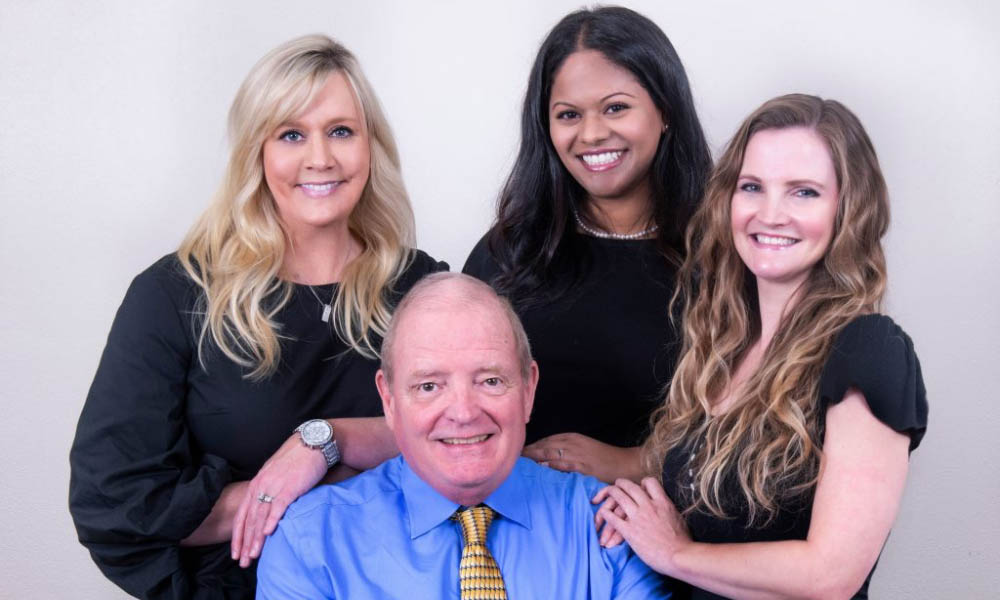 Among The Best Pediatric Hearing Care Professionals In The Region

Speech, learning, or behavioral issues are among the first indicators of a possible hearing problem in children. Getting the truth about your child’s hearing challenges early on is a critical part of ensuring normal speech, language, and social development.

Pediatric audiology is hearing healthcare for infants and young children who are experiencing hearing problems or sound recognition issues. Intervention by a doctor of audiology involves both diagnostic and rehabilitation services designed to identify causes and create solutions that will limit the impact of hearing impairment on your child’s development.

Our team of pediatric audiologists has the equipment, expertise, and experience to ensure an accurate diagnosis of your child’s hearing impairment as well as provide a broad range of solutions that will provide you with peace of mind as a parent and a relaxing, low-stress experience for your child.

“Staff at North Houston Hearing Solutions are amazing. They are always very attentive…”

“The people in the office are very nice and helpful. I love Drs, they are ready to take care of yo…”

“I have been seeing Dr Lacey Robinson at North Houston Hearing Solutions since November 2014. I have been very happy with the service….”

“I love coming here for doctors visits. Dr Robinson is a great doctor and I enjoy our visits…”

Do you have a question about one of our products, or need any guidance? Then our team of hearing professionals are here to help.

Complete this form and a member of our team will call you shortly. 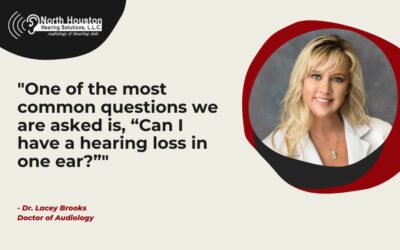 Can You Have Hearing Loss in One Ear?

Many patients come to us with concerns regarding one of their ears, and one of the most common questions we are asked is, “Can I have a hearing loss in one ear?” The answer is absolutely. It is called unilateral hearing loss or, in some cases, single-sided deafness.... 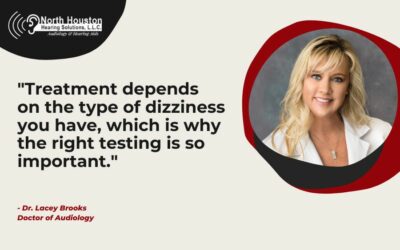 Dizziness is the sensation of being unbalanced. As one of the most prevalent health issues in the United States, it affects more than 9 million people each year. For people over the age of 70, it's the most common cause for going to the doctor. North Houston Hearing...

You might not have heard yet, but what were once called hearing aids are now called prescription hearing aids. So, why the difference? There has been a need for this differentiation ever since President Biden’s executive order last July to make it easier for people to...

We Also Serve These Areas